Mr. Moots’ current professional activities include private law practice with emphasis on legal planning and litigation for both public and independent colleges and universities and other not-for-profit institutions, including serving as legal counsel for the West Ohio Conference of The United Methodist Church.

Mr. Moots is a frequent presenter to national and regional gatherings of college and university and other nonprofit institution representatives and has written extensively about higher education and religious institution legal issues, including Church and Campus, (with Gaffney) Notre Dame Press, 1979; Government and Campus (with Gaffney) Notre Dame Press, 1982; Ascending Liability Planning Memorandum, Mercer University Press, 1987; chapters in the Legal Deskbook for Administrators of Independent Colleges and Universities; and articles in Change, Synthesis, Association of Governing Board Reports and Council on Law in Higher Education.

Mr. Moots served as Director of the Center for Constitutional Studies and Associate Professor of Law at the University of Notre Dame from 1977-81. He served as Executive Assistant to the Governor of the state of Ohio from 1972-75, and from 1972 to 1977 was Adjunct Professor at the College of Law, The Ohio State University 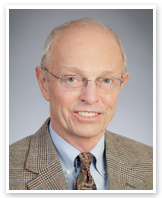 Mr. Moots received his Bachelor of Arts degree at The Ohio State University in 1962, his juris doctor at Harvard University in 1965 and an honorary LL.D. from West Virginia Wesleyan College in 1978.

Mr. Moots serves on the Board of Directors of the Legal Aid Society of Columbus and the Ohio State Legal Services Association.  He recently stepped down from chairing the Board of Directors of The Ohio State University Health Plan, Inc. and the Legal Services Review Panel of the National Association of Independent Colleges.  He is an active member of the Columbus Bar Association and Fellow of the Ohio State Bar Foundation.  Phil received the Columbus Bar Association Professionalism Award in 2009.  He has been selected to “The Best Lawyers in America” and “Ohio Super Lawyers” listing and is rated AV Preeminent Lawyer in Martindale Hubbell.